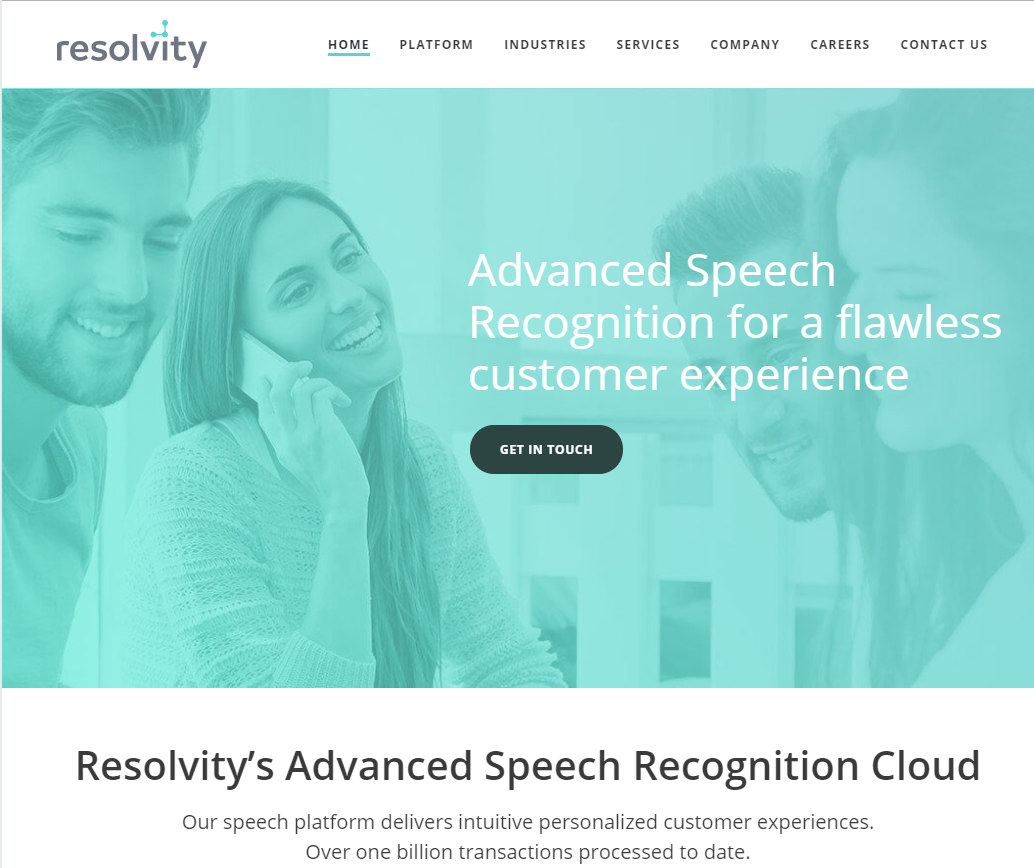 The team behind VoiceGain has more than 12 years experience of using Automated Speech Recognition in real wold - developing and hosting complete IVR systems for large enterprises.

​We started of as Resolvity, Inc., back in 2005. We built our own IVR Dialog platform, utilizing AI to guide the dialog and to improve the recognition results from commercial ASR engines.

The Resolvity Dialog platform, had some advanced AI modules. For example:

Resolvity Dialog Platform had a set of tools available that allowed us to analyze speech recognition accuracy in high detail and also allowed us to tune various ASR parameters (thresholds, grammars).

Moreover, because that platform was ASR-engine agnostic, we were able to see how a number of ASR engines from various brands performed in real life.

In 2012-2013 Resolvity built a complete low-cost Cloud PBX platform on top of Open Source projects. We launched it for the India market under the brand name VoiceGain. The platform was providing complete end-to-end PBX+IVR functionality.

The version that we used in prod supported only DTMF, but we also had a functional ASR version. However, at that time it was built using conventional ASR technologies (GMM+HMM) and we found that training it for new  languages presented quite a bit of challenges.

VoiceGain was growing quite fast. We had presence in data centers in Bangalore and Mumbai. We were able to provision both landline and mobile numbers for our PBX+IVR customers. Eventually, although our technology was performing quite well, we found it expensive to run a very hands-on business in India from the USA and sold our India operations.

​When the combination of hardware and AI developments made Deep Neural Networks possible, we decided to start working on our own DNN Speech Recognizer, initially with the goal to augment the results from the ASR engines that we used in our IVRs. Very quickly we noticed that with our new customized ASR used for IVR tasks we could achieve results better than with the commercial ASRs. We were able to confirm this by running comparison tests across data sets containing thousands of examples. The key to higher accuracy was ability to customize the ASR Acoustic Models to the specific IVR domain and user population.

Great results with augmented recognition lead us to launch a full scale effort to build a complete ASR platform, again under Voicegain (.ai) brand name, that would allow for easy model customization and be easy to use in IVR applications.

From our IVR experience we knew that large enterprise IVR users are (a) very price sensitive plus (b) require tight security compliance, that is why from day 1 we also worked on making the Voicegain platform deployable on the Edge.